What Sucks The Life Out Of You?

Raise you hand if you volunteer or agree to participating in stuff that often times you dread! Is it obligatory? Guilt? Or you just don’t know how to say no?

I have a few friends, one in particular that I have always admired. She’s a creative and highly intuitive and when our kids were in preschool she did her thing. An artist and a recluse (however highly social and fun – when appropriate), she figured out early on how to take care of her. She was tapped in way before anyone of us “moms” were  and I would stare at her in AWE!

I was fascinated with the fact that as soon as the kids got out of school that was almost her signal to leave her creative headquarters and go and do something that served her. A message, a healer, a manicure – you make a list of those things we should all be doing for ourselves – and she was doing it. Often times, my #2 would go home with her nanny and her #2 and when I went to pick him up at around dinner time, she was still out. She was (and still is) my idol and observing her has taught me to be a bit more selfish.

Selfish doesn’t have to be a dirty word. Especially if you balance that out with the ways that you do give.

It’s so easy for us women to fall into that trap of hanging with those around us that are saying YES to everything. When my kids were little, I worked full time and had a large company with 28 employees, 4 franchises and hundreds of clients – my plate was full. But I often found myself saying YES to stuff because I didn’t want to feel left out. I said YES to things that I had no real interest in and I became resentful. It took a while to learn how to say NO to most stuff and say YES to only that stuff that filled my cup. I learned to volunteer or participate in only the stuff that creatively spoke to me.

We all have to learn to stop “should-ing” ourselves. Those “shoulds’ can suck the life out of you and make you cranky and bitchy and worse – eat all the kids crap in the snack cabinet. What are you going to give up to create some space for you – so you can be a little more selfish? 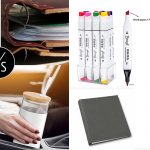 Five Things We Are Talking About – wk06Stuff + Life 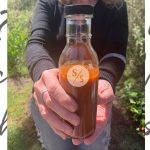 Have You Found Your Secret Sauce?Blog, Stuff + Life