I have had a lot of conversations with lots of different people about the “Varsity Blues” scandal. I am not surprised by any of it, not even the conversations that have been documented and recorded. People have balls…big, big balls. I saw it in my early 20’s, in my first career and it was fascinating to watch while at the same time super seductive and sexy. I knew that if I stayed where I was, I would have acquired the same arrogance and entitlement that I was surrounded by. That slightly scared me so I chose to pivot and make a change. That change was not planned, yet I knew I simply needed to follow my gut.

I ended up organically starting a lifestyle brand out of my parent’s garage. At the time, I was making gifts for friends and through word of mouth it grew into a 20 year career that actually led me back to the same demographic of people that encapsulated my first career.

However, I was able to navigate via my own voice and my purpose was solely about creating beautiful, practical and functional art. I was able to be myself and didn’t really have to follow anyone else’s rules but my own. It was a highly elevated time and being recognized for what I was creating rather than who I worked for was a validation all on it’s own.

When I decided to close the doors on my 20 year business, it was not an easy one. And the 10 years that followed, met me with a lot of challenges; psychological, physical, and emotional and financial. The word FAILURE vibrated loudly in between my ears and it came at a price – an emotional price. It was hard for me to fully do for my family all that I was used to and that took some time to embrace. That failure led me to where I am today and I wouldn’t swap what I went through.  I am better for that failure and it helped me grow in ways I didn’t even think I was capable of.

As my #2 was prepping for all the college stuff over this past year, I worked really hard to find him someone to help him understand the process. We did not go over board, mainly because we couldn’t and we had to be super strategic and thoughtful on how we were going to utilize that help. He worked super hard. He didn’t always like it and he complained a ton…but he did what he needed to do. And each time he walked into those testing rooms, before he left the house I simply told him to do his best. Because that was all that he could do. And to not be attached to the outcome…it will never define him.

He did better than expected and has been accepted to a school that I feel is the absolute perfect fit for him. Another thing I always told him was that he is going to land exactly where he is meant to land. And there is nothing we can do to control any outcome because where he ends up is where he is meant to be. Trusting that process and believing that message is where I chose to live and have extended that same philosophy to my three boys.

Again, we didn’t go over board, but we did have a few people that were the absolute right fit in helping my #2 get the confidence that he needed to persevere on this crazy and sometimes awful path. Jennifer Lopata, the owner of Synergy Academics was so spot on in recognizing and identifying which tutors were going to be the best suited for my son – given his gifts and his challenges. She was conscientious and reached out often to share his progress. I never asked. I simply trusted that he was getting what he needed. I chose not to control this part of his life and the reality was, “I went to school, I’ve done college” – he has to want this for himself. And if he doesn’t want it  – then he will figure it out. So I took myself out of the equation and it worked out well for him. On the other side of that, Dayna Taus of My Ed Advisor, a private college mentor was instrumental in “dumbing down” this process, making it manageable and doable for him to navigate these confusing and daunting waters. She and I met when our #1’s were in pre-school. We became fast friends and then she moved away. We stayed in touch and via her sister, I found out that Dayna was on this path and it was worth a phone conversation. She has always been an educator and after going through the process with both of her girls, this was a natural progression. Dayna gave my son a very simple check list and made it very tangible and doable for him to navigate it himself. And when he felt stuck or frustrated and turned to me – I often told him to reach out to Dayna – she has all the answers, not me.

This process taught him independence. Which is what going off to college is all about. I watched him grow and take responsibility for what he needed to do. This was all about him, not me and if he really wanted this track for himself he was going to have to simply sink or swim. Fail or succeed.

So as I think about these families and parents who did what ever they could to control what can often times be the uncontrollable, it made me more sad than mad. Sad for those kids who had no real choice in this whole mess. Those parents, doing only what they know how to do best – control everything – did just that. And all at the expense of their children. I often wonder if any of these kids felt relief? Relief because this was never their path…it was their parents path and their idea of what was best for them. They had not been given the right to choose what would be the right fit for them. Failure is part of success and it also what makes us grow. If their butt is always being wiped – how the hell are they going to learn how to wipe it themselves.

The story broke as my #2 and I were getting a plane to visit 2 schools that he had been accepted to. The timing was serendipitous and the conversations between he and I were plentiful. He actually has very affluent friends who’s siblings had buildings bought for them in order to get them in to the school of their dreams. He and I both agree that that is truly no different than going in through the “side door”. It’s just a little more transparent. What our conversations  were centered around were values, morals, honesty and pride. He ultimately did not get into what he thought would have been his first choice school. But that’s okay. Because the school that he did get into is the one for him. And after visiting it and talking to advisors as well as the head of his department, I do feel he walked away with a sense of pride, knowing that he did this all on his own. As a parent and a human, there really is no better outcome. An outcome that I allowed to unfold and take shape exactly as it should, on his terms and by his design! 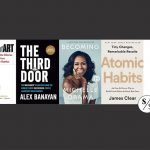 (More than) Five Things We Are Talking About – wk05Stuff + Life 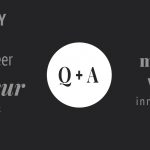 Do You Have A Personal Brand?Stuff + Life