Shelley and I met in 1977. Growing up, my family and I spent 3 weeks at the same resort every summer. It was a lot like summer camp and each year the same families returned and we all got to grow our bond and cultivate these long life friendships. One summer, Shelley and her family, were visiting from London, and happened to vacation at this same resort. She, her sister and I became fast friends and  better yet, our parents fell in love with each other and our relationship was beyond a little summer romance. A year later, Shelley wanted to try to live in “America”. Naturally, she came to live with my family and she pretty much became the sister I never had. I went off to college, she stayed here, we were at each other’s weddings and as best we could we stayed in each other’s lives.

Shelley was born an artist. She has always been an artist and she has made a career of it. She has been commissioned by LAX, Trader Joes, corporate America and is currently creating one of her biggest commissions to date. Through love and life, Shelley has reinvented herself several times over, but it was a short stint while back in London that would set her on a new path – writer and artist. After completing her first ever, successful solo show, she came up with an idea for a character. She immediately painted this little guy and this character has introduced Shelley to a new layer of her already creative self – that of a writer. Shelley has found a way to merge her two loves; writing and painting and is currently finishing up the final touches on her first children’s book.

Shelley is very close with her Sister and Mother and is blessed with several Godchildren and wonderful friends in the States that have become her family. Her sister Karen, is a great source of inspiration in her life. She has been forced to always try harder and run more softly and because of this she has embraced her G_d given unique talent and is now on her path with clarity and intention. I am proud to call Shelley my friend and I am so excited to watch this next, big chapter unfold.

What is your greatest weakness?

What living person do you most admire?

What is your favorite activity/exercise?

What’s always in your bag/purse?

What would be your superpower?

What do you most value in your friendships?

Integrity and a wicked sense of humor

What are you binge watching?

What is on the top of your bucket list?

What is your vice?

Convenience store woman There There The One and Only Ivan 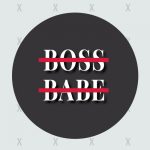 Why I Hate The Term – Boss BabeBlog, Stuff + Life 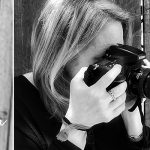