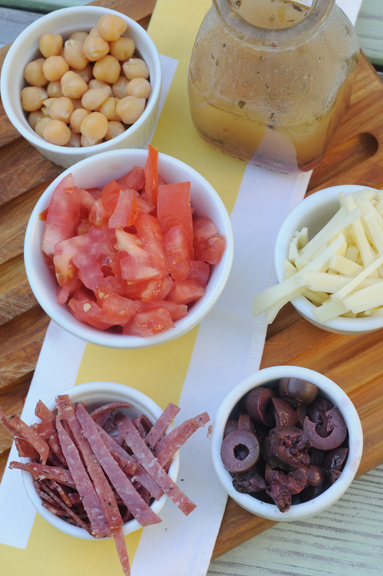 Growing up, eating the perfect chopped salad could only be found at La Scala in Beverly Hills.  I would crave this salad and when I worked as a talent manager in the 80’s, one could find me at lunch time, sitting in one of their big red leather booths, at least once a week.  Other than The Palm, The Grill, Hugos(for breakfast), La Scala was my drug of choice!

It truly is one of the simpliest salads; finely chopped iceberg lettuce, thinly sliced julienne salami, thinly sliced provolone cheese, garbonzos, and one kalamata olive.  If you choose, you could add in sliced turkey, grilled chicken, tomatoes, or basil.  Dressing on the side of course (perfect for dipping their freshly baked bread).  Their salad dressing is distinct, like no other.

When a friend of mine visited from New York, I took her there for that salad.  She put me on a mission to recreate the dressing.  I tried and tried.  Then one day, I found it in the L.A. Times S.O.S. food section and tried it.  Tried it again, but it was bitter and just wasn’t right.  I gave up.  Recently, I revisited it after finding it on Saveur.com. After several attempts, I think I have come up with something pretty darn close to the original.

I don’t chop my lettuce as well as they do, but my combo of sliced turkey, salami, provolone, garbonzo beans, kalamata olives, tomato and basil suits me just fine! 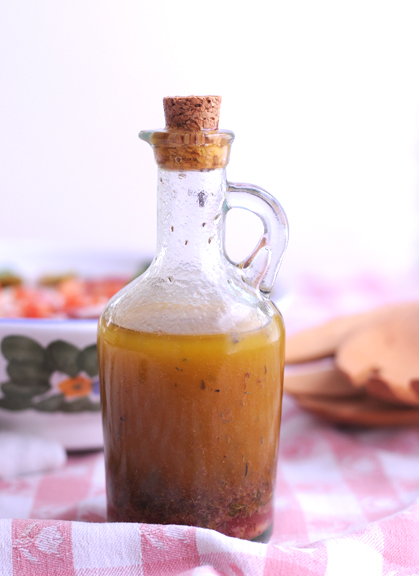 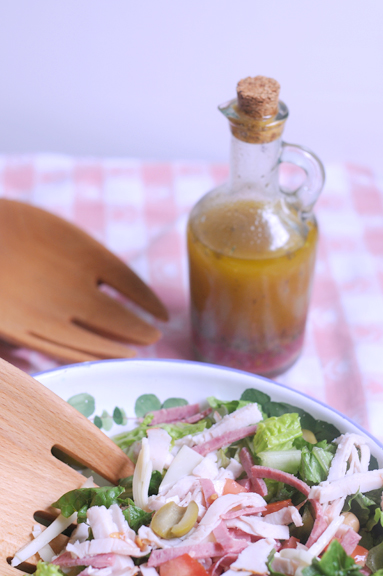 • in a large glass jar, combine the olive oil, red wine vinegar, dried basil, dried oregano, dried mustard, crushed red chili flakes, kosher salt, fresh ground pepper, garlic.
• secure tightly with a lid and shake it all up.
• put in the fridge until ready to use.
• assemble your salad.  this is merely my suggestions on what you should put in your chop.  be creative, add stuff, omit stuff.  the important element here is the dressing!
• the dressing can last in the fridge for 3 days.
p.s. this dressing is also a great marinade for fish and tofu! 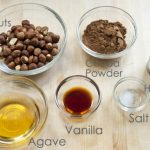 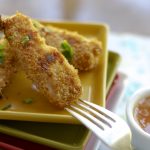