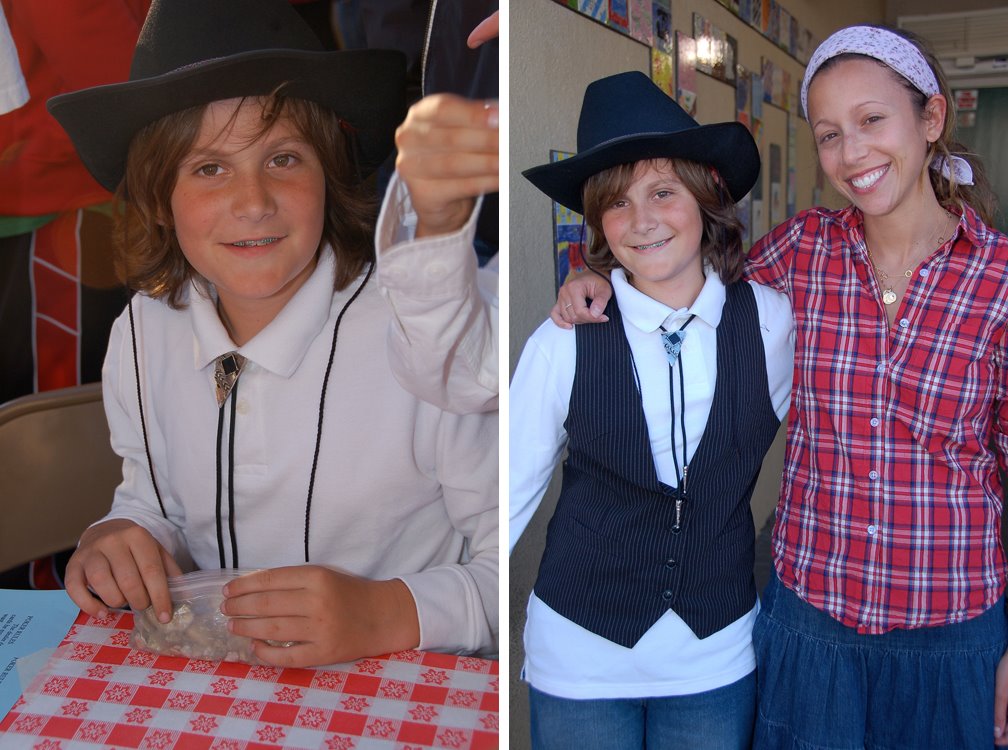 Eli, being a 5th grader, gets to share in many wonderful activities at school.  One such activity, I personally, was looking forward to was the “Shindig”. The Shindig is basically a simulation of the Gold Rush Era.  The event takes place in the evening, on school grounds and the yard is set up like the “old west”.  The kids sang,  square danced, played lots of card games and strutted around in their western attire.

The food we brought for dinner had to represent the food that was eaten way back when.  We pot lucked it with two other families and my chore was the turkey chili and the cornbread.  We also had drummettes (from Feast from the East-the best!), cucumber salad, raw veggies and of course dessert.  I know, I know, they didn’t have ovens back then.  But a party isn’t a party without chocolate.
I had some homemade marshmallows in the freezer. Since we couldn’t do S’mores, I opted to make S’mores type brownies.  After making those yummy brownies a few days back, I decided to try another recipe from The All American Cookie Book.  I found a recipe for Rocky Road Brownies that looked really yummy.
The recipe called for mini marshmallows and toasted walnuts.  I cut my chunky marshmallows into small chunks and replaced the walnuts, with some salted marcona almonds that I had in my pantry.
The recipe said to let the pan cool and then put in the fridge for an hour or until set.  If anyone out there decides to make these brownies, I would suggest letting them set in the fridge overnight.   For the Shindig, they were somewhat hard to cut.  I had only cut part of the pan of brownies. So, the next day, I pulled the pan out of the fridge, cut the brownies for the kids and they were easy peasy to cut.  Plus they were super delicious!  Hee Haa!!! 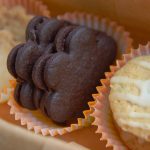