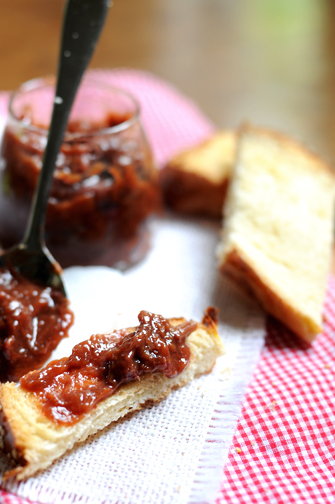 I had a few stalks of rhubarb left over from last weeks rhubarb buckle.  Originally I was going to make a strawberry-rhubarb crisp inspired by one of my favs, Gjelina Restaurant.  But it was Sunday and we had already had plans for dinner that night and crisps are really best eaten right out of the oven.

I also thought about making it and inviting some neighbors over for a “snack’, byos(bring your own spoon), but I tend to like my Sunday’s on the quiet side. I ban errands, play dates, basically an overly planned day is off limits.  So, instead, I googled rhubarb recipes.  The first recipe that caught my eye was an arborio rice pudding with stewed rhubarb.  Mmmm.  But that meant creating two recipes…didn’t want to go there.  Then I stumbled upon this, rhubarb compote.  While the compote simmered on the stove, I prepped a french toast bake(sans the blueberries), made a pot of chai tea and anticipated our Sunday morning breakfast (yes, I do wake up early).  In the end, I still made two recipes, but two recipes that were crazy – delicious! 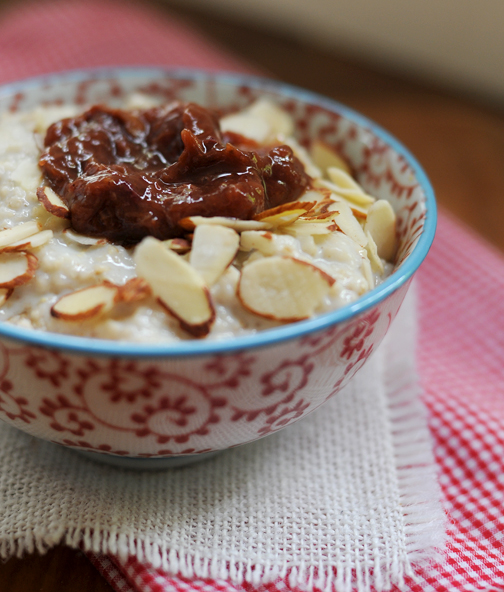 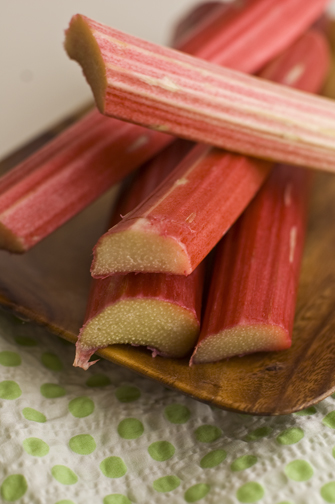 • in a heavy-bottomed pot, combine the rhubarb, strawberries sucanat, apple juice and lemon zest. bring to a simmer over medium heat.
• reduce heat and simmer, stirring occasionally, until the mixture has thickened, about an hour.  stir in the vanilla.
• I let this cool completely and then chilled in the fridge.
• this is delicious on toast, on oatmeal, waffles, mixed into some yogurt – the skies the limit! 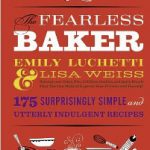 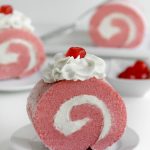