Not Your Average Sloppy Joe! 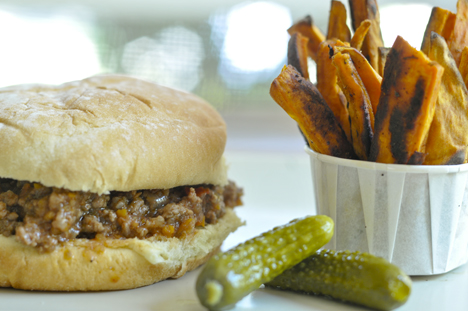 It’s the end of September and summer has finally arrived in sunny, southern Cal.  Record heat and with record heat, for some of us, comes a loss of electricity and power.  I was one of the not so lucky ones that had partial power yesterday.  It was over 100 degrees and although I lost power in the kitchen, I didn’t loose the air conditioner!  Thank goodness for that!  However, my fridge was not so lucky.  I didn’t loose much.  I realized the power was out, before my frozen peas and ice cream turned to mush. Eli helped me take much of our perishables to our second fridge/freezer in the garage and eight hours later, the power was back on!

With the day being what it was, I needed something quick, easy and nutritious for dinner. My kids have never really been a fan of Sloppy Joes.  I have tried several homemade recipes and until this one, they couldn’t stand it.  So, when they lifted up the lid on the sauce pot and asked what was for dinner, I renamed it.  Instead of them scrunching up their noses and walking away, they asked how soon they could eat (it was 4:45).  I happily said, “now”!

I lightly buttered the buns, wrapped them in foil and stuck them in the oven for a few minutes.  Then unwrapped them and put them under the broiler for just a few seconds.  Roasted some “yam fries” on high heat, cut up some Persian cucumbers, tomatoes, organic sweet onions – sprinkled it with feta and balsamic vinaigrette and voila, dinner in minutes.  Isaac added pickles to his sandwich (of course) and Eli  added Jalapenos.  They each ate two.  This is going to be one of those staple weeknight meals.

• heat saucepan over medium heat.  add the butter.
• in the bowl of the food processor* fitted with the metal blade(or chop by hand), pulse the onion and the garlic until finely chopped. add to the melted butter.  saute until very soft, about 5-10 minutes.
• rough chop both the carrot and celery and add to the work bowl of the food processor.  process until finely diced. add to sauteed onions with 1/2 teaspoon of salt.  cook until veggies are soft.
• add drained tomatoes to the food process and puree. set aside.
• once veggies are soft add the meat to the pan and brown, stirring to break up the lumps.  cook until the meat is no longer pink.
• add the chili powder, cumin, 1/2 teaspoon of salt, and 3/4 teaspoon of pepper and cook stirring 2 minutes.
• add the pureed tomatoes, wine, Worcestershire sauce, and brown sugar and boil, stirring occasionally, until sauce has thickened, about 6 minutes.
• season, if needed, to taste and place on buns and eat!* I use the food processor to chop my veggies because my kids do not like chunks of veggies in their food, unless it is a big bowl of soup!

• preheat oven to 500*.
• wash, peel and cut sweet potatoes into long match sticks.
• spray a sheet pan with cooking spray.
• mix potatoes with the rest of ingredients and massage spices and oil into the potatoes.
• spread, evenly, in one layer, on the prepared sheet pan and put in the middle of the preheated oven.
• bake for 30 minutes.  rotate pan half way through and turn fries a couple of times during cooking.
• sprinkle with a little sea salt and serve. 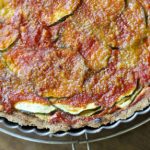 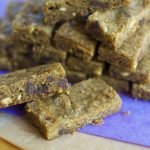