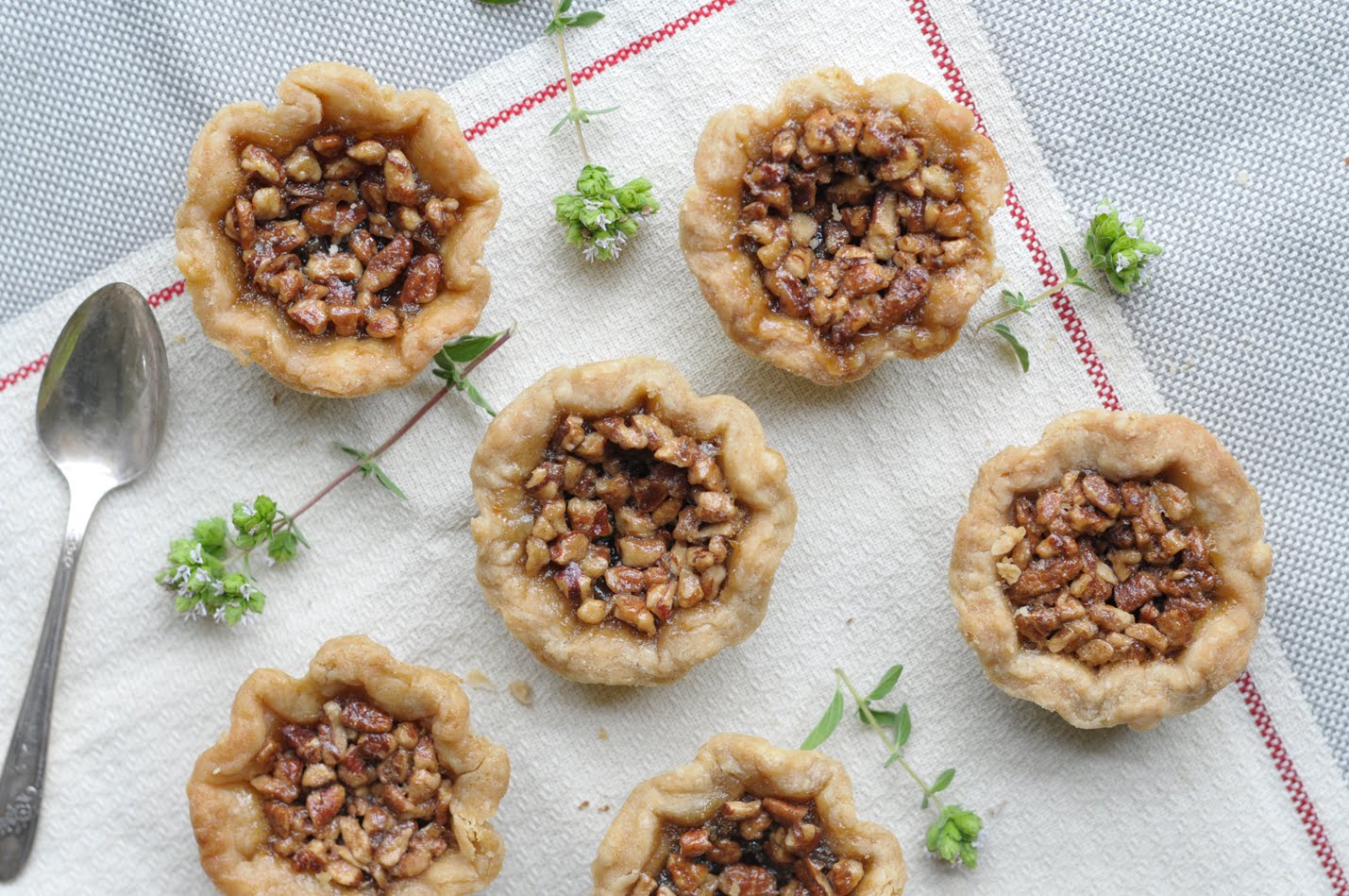 Growing up my mom made these little pastries, called Mexican Tea Tassies.  I thought they were the most amazing little morsels of goodness one could ever eat.  They were usually made for special occasions or her “Pan Group”.

, Food and Wine, Gourmet, Bon Appetite, and Saveur, I was introduced to a world of options. However, about 20 years ago, I found a similar recipe in Cooking Light Magaizne and I had to try it.

It wasn’t nearly as good as my mom’s original(dry, dull pastry and not sweet), so I stuck with hers.  Then, years later, I bought my first copy of Rose Levy Beranbaum’s Christmas Cookie Book

.  In that book, she had something similar.  Over the years I have combined my mom’s and Rose’s and have come up with my own.

This past weekend, I made desserts for 40 for a fund raising event. Along with these pecan tassies, I also made mini chocolate cheesecakes and mini lemon bundt cakes (posts to follow).  I had some pate brisee in the freezer and rather than making a fresh batch of dough, I used what I had on hand.  Usually, I make a cream cheese crust for these, which I have to say are somewhat hard to roll out.

After I delivered the goodies, I came home to three very curious boys.  They asked if the left over sweets, sitting on top of the kitchen counter, were for them.  How could I bake all morning and leave nothing behind?  Isaac rated these 999 out of a 1,000.  I will take that as a pretty good rating!

pastry
• spray muffin tins or mini tart pans with cooking spray.
• roll out pastry to 1/8″ thick.  then use a round cookie cutter, slightly bigger than your muffin cup and cut out the shapes
• shape pastry in small muffin cups or small tart pans. I like to freeze these for an hour or so prior to baking.  Blind bake these for 8 minutes in a 350* oven.  Let cool.

pecan filling
• combine all ingredients, except for the nuts.
• divide nuts, evenly in each partially baked tart shell.
• fill each cup up 3/4 full.
• bake in a preheated 350* oven for 20 minutes.

let cool, then pop them out of the tart pans.  don’t eat them all in one sitting
yield: 36 tartletts 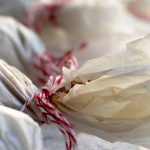