Not many, but some recipes call for evaporated milk. In the past I have kept it in the pantry for those rare occasions when a recipe does call for it. Evaporated milk sounds innocent enough, right? Not so. It is loaded with stuff I cannot pronounce, thus I am not so interested in using it.

I like to make candy and many candy recipes call for this ingredient. I cannot stop making candy just because it calls for an ingredient I am not comfortable using. Instead, I googled “substitute evaporated milk”. At first, all I got was a bunch of pumpkin pie recipes suggesting to use milk, cream, and half and half.  I pursued. And what I ultimately found was an easy, 2 ingredient recipe for creating evaporated milk substitute.

It is so fun and rewarding making something that was originally loaded with additives and preservatives and turning it into a whole, organic ingredient.

• in a pint size ball jar, mix organic, non-fat dry milk powder and the water.
• mix with a whisk and store, covered in your fridge. 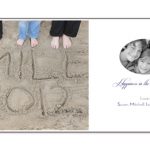 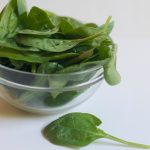