Did You Know…I was on The Oprah Show?

…that I was on the Oprah Winfrey Show? YUP – February 11,1999. I flew in to Chicago on my birthday with my parents, husband and my baby, Eli. That was an awesome birthday present! Oprah and I happen to share the same birthday and while I was creating the vignettes for the set at Harpo Studios, she was in London for a birthday bash.

We flew in on the weekend and the taping was on Monday – that weekend went very, very slow. It was exciting and I was nervous. For those of you that actually saw it, and know me – you would agree – I was TERRIFIED!!

The show aired about 2 weeks later and although I had a strong business, it started to get very, very loud. Loud in a good way. The validation from appearing on The Oprah Show was like no other. I was blessed to have been highlighted in every, major shelter and lifestyle magazine along with being featured on shows like Access Hollywood, etc. But nothing really compared to this. The one word that I can honestly attach to that experience was, humbling.

I cannot believe that that was 20 years ago. As I sit here writing this, I am just in awe as to how life unfolds. How quickly it can pass by you and how easy it is to not recognize our accolades. After I decided to end that chapter, I put aside all those accomplishments and merely focused on what I thought were my failures. I wasted a lot of time in that space and once I realized it I allowed myself to grieve that loss and harnessed that energy to create new wins.

Have you done something in your life that was so realistic that it almost felt unrealistic, that it caused you to feel humbled? And then it forced you to put that aside because you were only focusing on what no longer wasn’t? I’d love to hear from you! 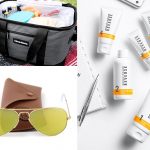 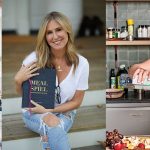