Cleaned out the Veggie Drawer 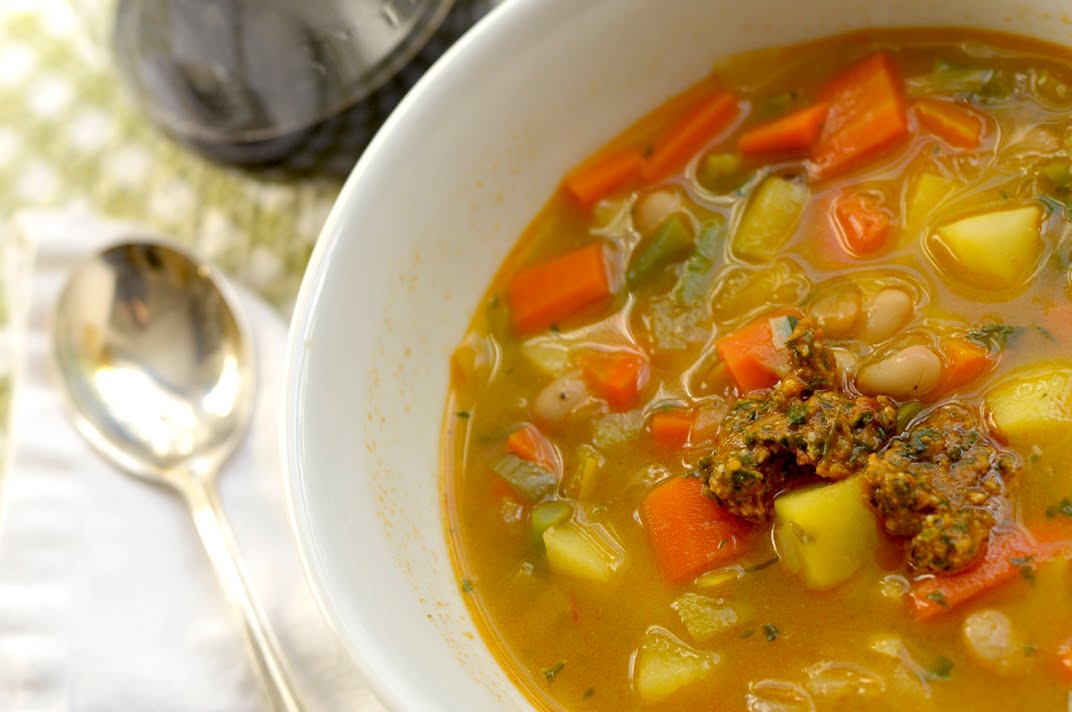 With tomorrow being Christmas, NOTHING will be open. Traditionally, we head off to China town for some good food and a stroll. We had Chinese last night, after our annual jaunt to “Santa Clause Lane”, and I really couldn’t do Chinese twice in one week.

With that said, I assessed the inventory. I still had some leeks, some left over haricot vertes from a crudites platter I had done last week, some potatoes that were on the verge of growing stuff. Also had some cucumbers and tomatoes that were starting to wrinkle.
Wanting a little comfort food I started with a Provencal Vegetable Soup (adapted from Ina Gartens, Barefoot in Paris, recipe here). I like this recipe because it is all veggie. I was able to not only use lots of the veggies I had on hand, but I used some of my homemade stock as well. As I am trying to be somewhat conscious about what I am putting in my mouth (sort of successfully), I added a can of white beans and omitted the pasta. Will be slightly less heavy and will give a teensy weeny bit of protein. I am going to roast a few chicken breasts and then shred the meat and add to the soup for tomorrows lunch. One more thing, I never add as much salt as she recommends. I like to add less and add more, if needed, after the dish is done.
The Pistou is what really makes this soup extra special. The smell from the garlic, basil, and tomato paste as it swirls in the Cuisinart is intoxicating. I could eat it spread on a baguette, but I wont!
Next, I pulled some tomatoes, Persian cucumbers, radishes, red onion, and red peppers from the drawer. Chopped super fine, added some olive oil, lemon juice and S + P and we have a delicious Israeli salad to munch on. I love this with a simple piece of grilled chicken. The perfect lunch.
I love using up what I have on hand. So satisfying. We have such a big pot of soup that I am going to package some up and drop at the neighbors!
soup vegetables pistou
Cleaned out the Veggie Drawer2009-12-242010-11-22https://susansalzmancreative.com/wp-content/uploads/2018/03/susansalzman1.jpgSusan Salzmanhttps://susansalzmancreative.com/wp-content/uploads/2018/03/susansalzman1.jpg200px200px