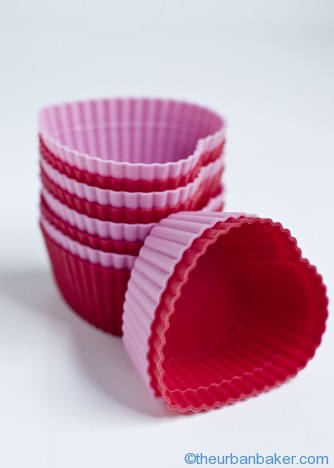 The first time I ate a Chocolate Lava Cake was at Roy’s on Maui in 1990.  Roy was somewhat of a celebrity chef in Hawaii. Back then there were only a few celebrity chefs; Wolfgang Puck, Jonathan Waxman, Michael McCarty, and Alice Waters to name a few. The food at Roy’s was good, but it was the dessert, the chcolate molten lava cake,  that I kept going back for.

I wrote to the restaurant and asked for the recipe.  They obliged!  Over the years I have tweeked the recipe a little here and a little there. But it just wasn’t right.  It wasn’t perfectly right until I found this recipe in the New York Times. Valentine’s Day is around the corner. Along with an extra special dinner that night for my 4 favorite valentines, I plan on  adding this dessert to the menu. 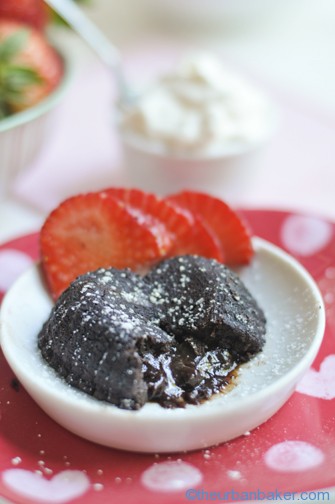 • preheat oven to 450*.
• butter the molds or ramekins with room temperature butter.  dust with sifted cocoa powder. set aside
• in a glass bowl over simmering water, melt the butter and the chocolate. mix until smooth.
• in the bowl of a standing mixer, combine the eggs, egg yolks, and sugar until smooth.
• add the chocolate and mix thoroughly.
• add the flour.
• pour into the prepared molds about 2/3 of the way up.
• put the molds onto a baking sheet and bake for 6-7 minutes (no more).
• using a small knife, loosen the lava cakes from the mold and turn out onto a plate.  dust with powdered sugar and top with fresh whipped cream or ice cream. 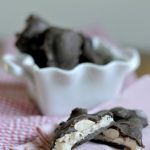 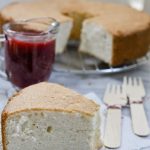