Chocolate Caramel Tarts, Croissants, and A New Way to Eat

I have spent the last few weeks cleaning out my pantry, fridge, cupboards, and freezer. My son, Levi, has Eczema. I grew up with eczema, it was such a burden. I lived with it my whole life, tried everything and nothing worked until I met the amazing Dr. Chen(in 1990), a Chinese doctor who worked miracles.

He created this magic potion. It was purple, had a faint odor and came packaged in little 2 ounce containers. I would order 5 at a time. My Eczema went away within days. I no longer had chapped hands, and I could put my hands under water with out rubbing them until they bled. I recently called Dr. Chen to inquire about his special, purple ointment. His son answered the phone and informed me that his dad had retired. I begged, pleaded, and hoped he would whip up a batch for my little Levi. He was no longer in the country and did not give his son the secret formula. Shame on him!

After consulting with a homeopath and reading lots of literature, I have decided to start with omitting the gluten from our diet. Cleaning out the pantry has been liberating. If you have visited my blog in the past, you know how hard it is for me to throw anything out. The white flour and white sugar are no exception.

Croissants were always on my “to do” list and using 7 cups of flour was just what I needed to achieve my goal. I had had my eye on Chad Robertson’s recipe from Tartine(here is a good step by step on how to make Tartine’s croissants). The page was earmarked for years in the original Tartine book , thus,I threw my hat into the ring and spent 28 hours making something none of us were going to eat(Eli snuck one and commented that toasted and eaten the 2nd day was something just shy of spectacular). Laced with some Scharffenberger chocolate, I couldn’t imagine it being anything less than scrumptious. However, next time I am feeling the need to make Tartine’s croissants, I plan on making the 5 hour drive up to S.F. and simply buy a dozen(or two).

In addition to the croissants, I made a double batch of Short Pastry Dough. While the dough rested in the fridge, I whipped up a batch of Dorie’s bittersweet ganache. After blind baking the tartlets, I filled them with some leftover homemade caramel , topped that with this lovely ganache. Once set, finished them off with a sprinkling of fleur de sel. Kind of like a Twix Bar on steroids.

Additional pastry dough allowed me to make two French Apple Tarts. Gave one to my friend Julie, whom gave me the recipe for this short pastry dough(she just completed cooking school and we spent a day in my kitchen – such fun)! After drizzling the 2nd one with left over caramel, I sent it to work with the hubs.

Omitting gluten is the first stop on our journey to eliminating and curing Eczema. I look forward to the day when Levi can stop scratching and wear shorts with confidence.

• in the work bowl of a food processor, pulse the flour, sugar, and salt.
• add the butter and pulse until the mixture looks like small peas.
• combine the egg, egg yolk, and vanilla and add to the mixture. pulse just until the dough comes together. you do not want to over mix it.
• wrap dough in plastic wrap and let rest in the refrigerator for at least 2 hours.
• this dough does not roll out easily. it is better if it is pieced together in your tart pan.
• preheat oven to 375*. spray desired tart pans and place on a parchment lined, rimmed baking sheet.
• piece dough together in tart pan(feels similar to play dough) and make sure you press gently in the creases.
cover with wax paper and fill with pastry weights, pennies, or dried beans.
• to blind bake the shells, bake for 8-17 minutes, depending upon what size tart pan you are using. let cool on wire rack.
• for the apple tarts, I baked the tart shells for about 12 minutes. then layered the apples on top. sprinkled with 2 tablespoons of turbinado sugar and brushed with a bit of apricot jam. baked them for about 45 minutes(turned the oven down to 325*), or until the apples started to bubble a bit and felt soft to the touch.
• for the chocolate caramel tarts, I let the tart shells cool completely before filling them(at this point, they can be frozen and used for another dessert at another time). once cooled, I filled them with homemade caramel and then topped that with homemade ganache. once the ganache set for about 20 minutes, I sprinkled them with Fleur de Sel.

• put the chopped chocolate into a glass bowl.
• bring the cream to a slow boil. pour half the cream over chocolate and let sit for 30 seconds.
• using a rubber spatula, stir in concentric circles. pour in the remainder of the cream and blend.
• when the ganache is smooth and shiny, add the butter piece by piece. don’t over mix.
• fill the tarts with a few tablespoons of ganache. sprinkle with a bit of fleur de sel and let sit in the fridge.
• put the leftover ganache in a glass bowl, cover with plastic. once set  roll the chocolate between your hands, roll in cocoa powder and store in
the fridge. 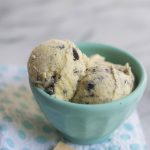 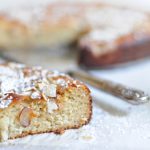